In addition to Slovyansk, the district police station of Kramatorsk, a city 96km north of Donetsk with a population of 200 000, has late night on April 12 been the scene of more pro-Russian separatist activity.

Pro-Russians have tried taking it over, and its fate remains unclear as gun shots have been recorded in and outside the compound of the main police station in Kramatorsk, a city known as a mechanical engineering centre. 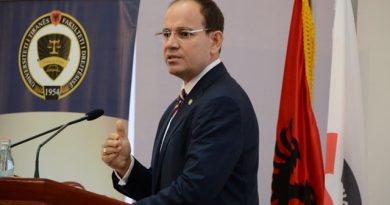 Albanian president says that he and his family are under surveillance