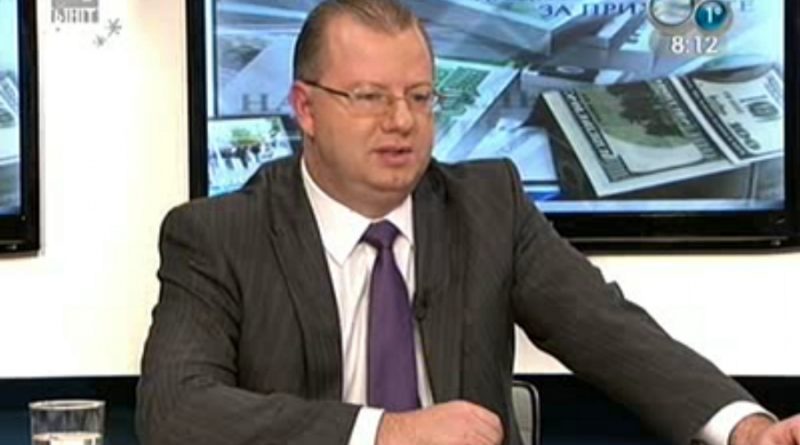 Bulgaria’s largest opposition party GERB is set to lose another member of Parliament after Krassimir Stefanov lodged a request to leave the party’s parliamentary group and sit as an independent MP, it emerged on February 17.

The announcement was made by socialist Deputy Speaker Maya Manolova at the start of the parliamentary sitting and appeared to have caught GERB unawares.

Former speaker and GERB deputy parliamentary floor leader Tsetska Tsacheva said that the request was a surprise and no one in the parliamentary group knew in advance about Stefanov’s intentions to quit the group.

Stefanov is the third MP elected on GERB’s ticket to the 42nd National Assembly to quit the party’s parliamentary group in recent months, leaving GERB with 94 MPs. The party will not lose a seat from the resignation of former deputy finance minister Vladislav Goranov, who announced his intention to quit as member of Parliament on February 14, saying that he wished to pursue a private sector career as a financial expert. Goranov will be replaced as an MP by the next person on the GERB list in the Sofia second electoral district, where Goranov was elected.

Stefanov, 52, is the former executive director of Bulgaria’s National Revenue Agency (NRA). He joined NRA in 1996, rising through the ranks to become the agency’s director in February 2009, under the government of the socialist-led tripartite coalition.

When GERB won the elections in July 2009, he kept his job throughout the party’s term in government, despite the occasional tension with then-finance minister Simeon Dyankov, who was not always happy with the agency’s revenue collection efforts.

Stefanov also made headlines in 2011, when the NRA was asked to rule on any irregularities concerning then interior minister Tsvetan Tsvetanov’s acquisition of several properties in Sofia (the agency found no wrongdoing and cleared Tsvetanov).

He took a leave of absence after being nominated as a candidate MP by GERB ahead of last year’s parliamentary elections and formally resigned once elected to Parliament in May 2013, and was replaced by his erstwhile deputy and interim director, Boiko Atanassov.