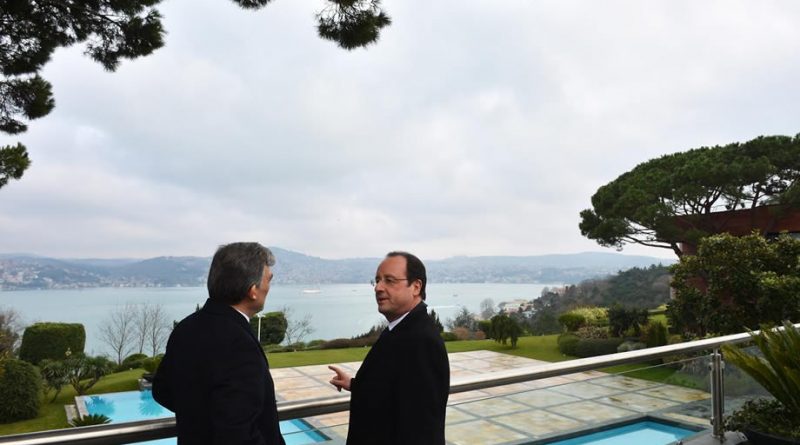 French President François Hollande’s visit comes after years of strained relations between France and Turkey during the tenure of his predecessor, Nicholas Sarkozy.

Former French president Sarkozy’s outspoken opposition to European Union membership for Turkey was the source of the breakdown.

But, at a press conference Monday, Turkish President Abdullah Gul underlined what he hopes to see from his French counterpart.

Since he was elected to office, Hollande has lifted a veto on one of the five European Union chapters France has been blocking, which Turkey needs to complete as part of its EU membership process.

At the press conference, the French president indicated further concessions could be made.

“The opening of new chapters would support Turkey,” he said, “as some of the negotiation chapters are related to topics including the separation of powers, fundamental rights, the rule of law and the judiciary – that are also connected to the current debate in Turkey’s domestic politics.”

But Paris wants to press home the point that accession talks will not progress unless Ankara upholds its commitments to rule of law, separation of powers, independence of the judiciary and respect for basic freedoms.

Turkish Prime Minister Recep Tayyip Erdogan is currently embroiled in a widening corruption scandal that has implicated members of his inner circle, including ministers.

His response to the probes into alleged corruption was a purge of police and prosecutors and the tightening of government control of the judiciary. These moves have provoked deep concerns about the state of democracy in Turkey.

According to opinion polls, a large majority of the French oppose EU membership for Turkey. But political analyst Cengiz Aktar of the Istanbul Policy Forum says the French president will be keen to use his visit to focus on business.

“He is putting heavy emphasis on the economic diplomacy. It is also a U-turn. When a president visits a foreign country, he or she concentrates on human rights, democracy and this sort of thing. Now it’s business, business, business,” said Aktar.

Relations also hit an all-time low after French lawmakers passed a bill in 2011 making it a crime to deny that the mass killings of Armenians by Ottoman Turks during World War I constituted genocide. Turkey admits that many Armenians were killed but says the deaths were part of the widespread fighting that took place during the war.

Although the legislation was later declared invalid by France’s constitutional court, it severely damaged business ties.

France is now keen to benefit from Turkey’s economic growth. Hollande was accompanied on his trip by seven cabinet ministers and a business delegation.

With the French economy close to recession, major Turkish contracts would be a welcome boost to the French leader.  Observers say Ankara is likely to stress that economic cooperation will go hand-in-hand with diplomatic progress.