The deepening corruption scandal in Turkey is putting strains on its relationship with the United States. The Turkish government claims the corruption probe is an international conspiracy and suggests Washington is involved, with pro-government media pointing fingers at the U.S. ambassador and calling for his expulsion.

Ever since prosecutors launched probes into alleged high-level government corruption last month, Turkish Prime Minister Recep Tayyip Erdogan has insisted they are part of an international plot. Pro-government media have even called for the expulsion of the U.S. Ambassador Francis Ricciardone, accusing him of playing a role in the corruption probes but providing no specifics. Observers point out the government has done little to distance itself from such calls.

Political scientist Cengiz Aktar of the Istanbul Policy Forum claims such language is putting a severe strain on relations between the close allies.

“The U.S. is very unhappy with U.S. bashing that is widespread in this country. Ankara is bashing almost the entire world about what is happening in this country, accusing the Jewish lobby and this lobby and that lobby,” said Aktar.

The government accuses Islamic cleric Fetullah Gulen, a one-time close ally who lives in self-imposed exile in the U.S., of being behind the corruption probes. His movement, known as the Cemaat, is suspected of having many followers in the judiciary.

“If the AKP [Turkey’s ruling Justice and Development Party] policymakers would be on the same page with the Obama administration, starting with Egypt, Israel and Syria and Iraq, the Cemaat people would not have the free hands to attack the government so bitterly.  The center of the movement is the United States, not Turkey,” said Gursel.

Ankara has criticized Washington over what it sees as its failure last year to oppose the Egyptian military’s overthrow of President Mohammed Morsi, a close ally of Prime Minister Erdogan.

While observers say Washington is increasingly concerned over persistent reports that Ankara is providing at least tacit support to jihadists fighting in Syria, political analyst Aktar says bilateral tensions can be quickly normalized.

“The government follows their interest; a U-turn would make things forgotten very quickly.  For the time being, the government is insisting on this direction,” he said.

Observers point out that, given its common borders with countries like Iran, Iraq and Syria, Turkey has always sought to exploit its strategic location in its relations with Washington. But Sinan Ulgen, a visiting scholar at Carnegie Europe in Brussels, says Ankara’s importance to Washington maybe on the wane.

“Compared to years past, both on Iraq and Syria, the U.S. is much readier to pull back, and therefore that also reduces the Turkish leverage on the U.S. And I think this is a calculation that Turkish policymakers are increasingly being made aware of, ” said Ulgen.

But with the Turkish government still battling corruption allegations, there is little reason to believe its rhetoric of international plots will end any time soon. U.S. Defense Secretary Chuck Hagel is expected to visit Turkey before the end of January. Ankara’s intention to buy Chinese missiles, another point of tension between the allies, is expected to be on his agenda.

Observers note that with the ruling AK Party entering an 18-month election cycle, a tough stance towards Washington usually plays well with its conservative grassroots supporters. 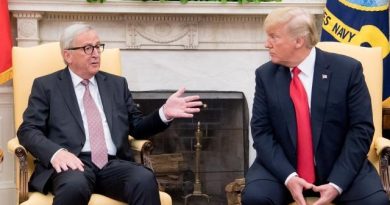