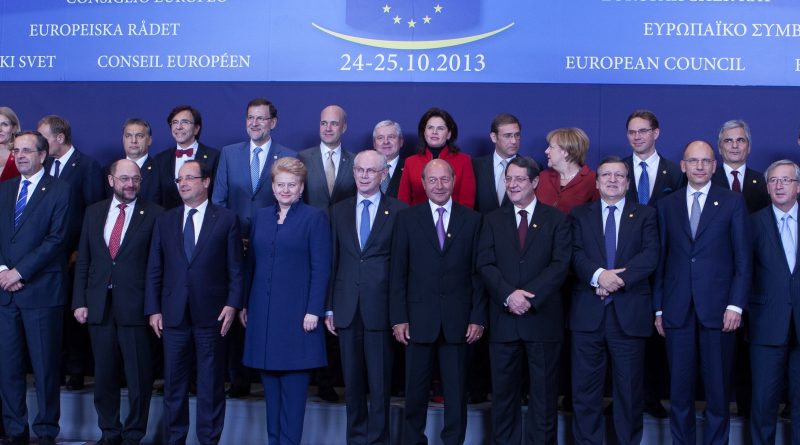 The latest report comes as European leaders have united behind a furious Germany to denounce the United States for allegations it spied on its allies.

German Chancellor Angela Merkel said she has made it clear to U.S. President Barack Obama that spying on allies is unacceptable.

Speaking Thursday as she arrived at a summit of the European Union’s 28 leaders in Brussels, Merkel said she told Obama during a telephone call Wednesday that “spying on friends is not acceptable at all.”

“We need to have trust in our allies and partners and this trust must now be established once again,” she said.

The two leaders spoke Wednesday after allegations emerged that the U.S. National Security Agency had monitored Merkel’s cell phone calls. During Wednesday’s telephone call, Obama told Merkel the United States is not monitoring, and will not monitor her communications.

Merkel summoned U.S. Ambassador John Emerson to meet Thursday in Berlin with Foreign Minister Guido Westerwelle, who was expected to “spell out the position of the German government.”

German officials say that explanation is not good enough, because the U.S. is not saying that it has not tapped the chancellor’s phone in the past.

The U.S. also was criticized in Brussels by the leaders of Belgium, the Netherlands, Finland, Sweden and Austria.  Mexico and Brazil are investigating whether the NSA spied on their top officials.

“We, of course, agree to have cooperation in the fight against terrorism. This is essential. But this does not justify the act of listening to the personal data of millions of our compatriots,” said Fabius.

Fabius said France agrees to cooperate in the fight against terrorism, but that does not justify listening to the personal data of millions of people.

James Andrew Lewis is the director of the Technology and Public Policy Program at Washington’s Center for Strategic and International Studies. He said European reaction to the alleged U.S. spying is politically motivated, but it could damage the alliances nonetheless.

“A lot of it is for public consumption, but it’s for their public. Their publics are angry, and the big problem we’re looking at is there’s been a change in European public opinion about the United States for the worse because of these spying scandals,” he said.

Lewis believes Washington should do a better job of addressing allies’ anger about NSA activities.

“We need a different policy than not commenting on this publicly, and I know it’s going to be difficult to come up with an explanation, but the U.S. needs to address the concerns of its European allies, and if we don’t do that, we’ll only see further harm to the Transatlantic relationship,” said Lewis.

“Many people have asked me, how has this impacted your relationship with allies? Here is what I get: ‘Keep working with us. The intelligence you get us to defend our country is what we really need,'” said Alexander.

Many of the reports of NSA spying on allies came from leaks by former NSA contractor Edward Snowden.

Germany’s defense minister said that if the alleged surveillance is confirmed, the U.S. and Germany could not simply return to business as usual.

Bulgarians among group bust by Spain for stealing high-performance vehicles