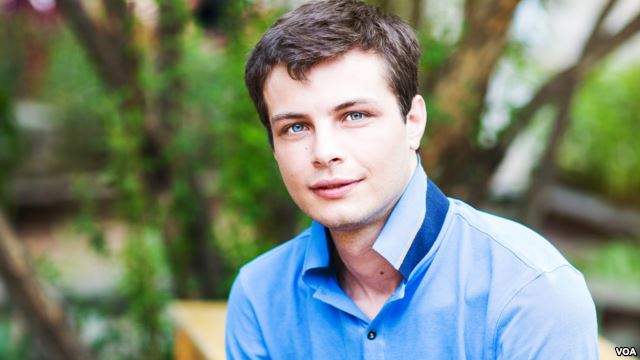 Gay rights have spread in the West, but a backlash is taking hold in the former Soviet Union.

Russia’s new ban on gay propaganda is sparking Western calls for boycotts of Russian products and events. In Georgia, the Georgian Orthodox Church led thousands of the faithful to block a gay rights rally last May here in Tbilisi, the nation’s capital.

They carried signs, they sang hymns and they carried stinging nettles to thrash gay people. Then they broke through police lines.

Chanting “Kill them, kill them,” protesters mobbed a minibus in which gay activists took refuge.

No one was killed that day, and injuries were fairly light. Now, Georgia is taking stock.

Shalva Kekelia was one of 200 Orthodox priests there. He said most priests tried to prevent violence.

“We told the gay people that they should go, because we couldn’t keep the crowds from attacking them,” he said, referring to warnings prior to the May 17 march. “But they refused and were really aggressive. So we couldn’t do anything to stop it.”

Father Shalva said homosexuality is a sin that must be kept out of sight in Georgia.

For us it’s absolutely unbelievable, said the priest, the father of three children. “We understand that there is a freedom for everyone to do what they want, but we don’t want them to preach homosexuality, because it’s a sin.”

Like many Georgians, Shalva sees tolerance for homosexuality as a foreign import. “In Europe they always try to teach us what to do,” he said in the quiet of his 100-year-old church off Tbilisi’s busy Rustaveli Avenue. “Why do they think that we are that stupid, that we don’t know what we have to do?”

But, only a few blocks away, David Shubladze, a founder of LGBT Georgia, sits at a garden café. He said Georgia has its own, homegrown tolerance.

“There were manifestations to support us that were organized, not by LGBT people, but by normal Georgian citizens,” he said, referring to a petition drive. “They gathered 15,000 signatures, and gave it to parliament so that they would investigate the May 17 violence.”

When a ruling party congressman questioned the signatures, people posted their photos on a Facebook page, some with notes saying: “I signed and I am real.”

Due to public pressure, a taboo was broken: Two priests went on trial, charged with using violence and threats to interfere with a demonstration. One was acquitted. The other is to go on trial this week.

Alexander Rondeli, a Tbilisi think tank director, said the aftermath of the anti-gay violence is positive.

“What happened is not bad because after that the taboo about impunity of criticism of the Church was lifted,” said Rondeli, president of  the Georgian Foundation for Strategic and International Studies. “And now many people criticize that. Before the Church was taboo. We could not discuss what church was doing.”

Three days later the same group was able to have a peaceful rally,” he told VOA in an interview at his Estate in Ureki. “The police acted in a very sharp and distinct way, and those who were agitating crowds and forcing them against minorities were punished. It was a very clear-cut example of how government acted in defense of those minorities.”

As this traditional society moves into the 21st century, Georgia’s new generation can be expected to grapple with more and more societal change.

Source: VOANews.com
(Photo: David Shubladze, a founder of LGBT Georgia, says that thousands of Georgians — gay and straight — signed a petition demanding judicial prosecution of the priests who led the anti-gay mob on May 17 2013. (Vera Undritz for VOA)