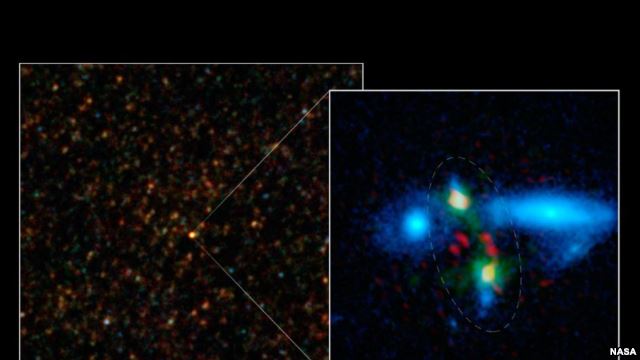 Astronomers have gotten a rare glimpse of two distant and ancient galaxies merging.

The galaxies, called HXMM01, are about 11 billion light years from Earth, meaning they offer a look at the universe when it was only 3 billion years old. Inside the massive formation are some 400 billion stars.

Astronomers have long wondered how galaxies grew. When the universe was three to four billion years old, it was believed to have been populated with large reddish elliptical-shaped galaxies made up of old stars. Scientists wanted to know if those galaxies built up over time or formed through collisions.

According to NASA, HXMM01 suggests that massive mergers of galaxies are responsible for giant elliptical galaxies.

“We’re looking at a younger phase in the life of these galaxies — an adolescent burst of activity that won’t last very long,” said Hai Fu of the University of California at Irvine, who is lead author of a new study describing the results. The study is published in the May 22 online issue of Nature.

The merging galaxies are massive star factories, creating over 2,000 stars a year, NASA said. The Milky Way gives birth to two or three stars a year by comparison.

NASA said that the merging of galaxies is fairly common, but that HXMM01 is unusual “because of the prolific amounts of gas and star formation, and the sheer size of the merger at such a distant epoch.”

HXMM01 was spotted by the Herschel space observatory, a European Space Agency with follow up studies by NASA’s Hubble Space Telescope and Spitzer Space Telescope. 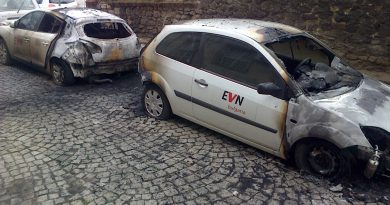