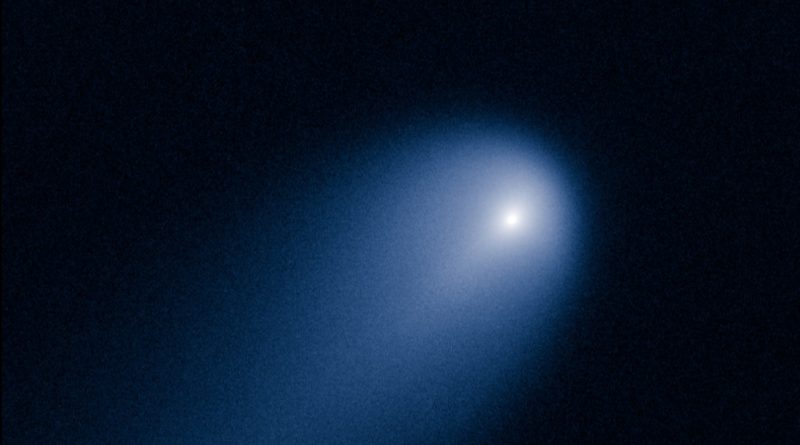 Excitement has been growing in recent months over the approach of Comet ISON.  Like other comets, this chunk of rock and ice is following a long, elliptical orbit around the Sun, and like other comets, when it nears the Sun later this year, its trailing stream of dust and vapor will catch the sunlight and become a long, luminous, tail. Many astronomers are predicting that when this celestial traveler sweeps by us later this year, it could turn out to be ‘the comet of the century.’

Comet ISON was discovered on September 21, 2012, by two amateur astronomers in Russia, using a reflecting telescope at an observatory of the International Scientific Optical Network. The stargazers then named the new comet after the network’s acronym, ISON. It’s officially known as C/2012 S1.

Dennis Bodewits, an astronomer at the University of Maryland who has been keeping a close eye on ISON, explains that excitement about its approach has been building as observers worked out the comet’s trajectory:

“We started seeing Comet ISON by the end of last year, when it was really far away from Earth and the Sun, and it was already really clearly active. And people started reconstructing its orbit and figuring out what was up with this comet. If you do this and you reason forward in time, we think that this comet will be really bright by the time it gets close to the Sun.”

Bodewits and other astronomers following ISON recently used resources such as NASA’s Hubble Space Telescope and the Swift satellite to get a good look at the comet as it makes its way through our solar system. Bodewits says he was especially eager to learn how big the comet’s nucleus is.

“And this is important to know [since it’s an indication of] whether it will survive its close approach to the Sun.  If you have a very big object, it’s more likely that some of it will remain once it flies by the Sun.  The reason why you have to do that now is because as it becomes more active there’s this giant cloud of dust and gas that you cannot see through and you cannot see the nucleus directly. This is a problem that we always have with comets.”

So how big is ISON’s nucleus? Bodewits surmises that it’s not very large.

“What Hubble found is that the comet was smaller than they could see. That means that it’s at most four kilometers, or two and a half miles, in diameter, which means that it’s relatively small.”

ISON is classified as a ‘Sun-grazing comet,’ since its calculated elliptical trajectory will bring it very close to the Sun before it is flung back into deep space by the Sun’s gravity.

“It’s a fresh comet from the Oort clouds, where comets reside and when this orbit was done it was also clear that this comet will get within two solar radii off the surface of the Sun, which is really close to the Sun.”

Since ISON will be flying so close to the Sun, Bodewits says there are concerns that the powerful gravitational forces could cause the comet to break apart.

“As for now we simply don’t know what will happen. And, that’s one of the things that make this comet so unique. We never see comets that appear this far away. We can then follow it all the way in until it gets so close to the Sun and we’re all speculating on whether it will survive or not or break up as it does. So, this is another opportunity for us to learn more about the internal structure of comets.”

Astronomers believe ISON is going to put on a spectacular display this November, possibly becoming so bright that it will be visible in the daytime sky. Bodewits says ISON is already gearing up for the show:

“If a comet is very active, which means it produces a lot of gas, it will kick up a lot of dust and that dust then makes it a spectacular comet. ISON is far away from the Sun, but it is already kicking up a lot of dust, both literally and figuratively.”

The excitement over ISON follows a number of recent comet sightings, each of which generated lots of advance media buzz, but few of which lived up to the hype. One exception came six years ago with Comet McNaught, which was also known as the Great Comet of 2007.  Astronomers say the comet was the brightest that had been seen in over 40 years.

But then there were disappointments, such as Comet Kohoutek back in 1973, which  had been hyped by the media as the “comet of the century.” Kohoutek sputtered out after its arrival and was considered by most to be a total let-down; possibly because it started to break up during a close approach to the Sun just before its Earth flyby.  Comet Kohoutek became the butt of many comedians’ jokes back then.

And Halley’s Comet, one of the best-known and well-documented celestial visitors, returned to much fanfare in 1986, but because its orbit took it twice as far from Earth as during its celebrated 1910 visit, Halley’s appeared only dimly in the night sky.

Will Comet ISON live up to the hype now building for its arrival later this year, when it could be visible in many part of the world?  We’ll just have to wait and see whether ISON will be “the comet of the century,” or just another chunk of ice and rock slipping quietly through our cosmic neighborhood. 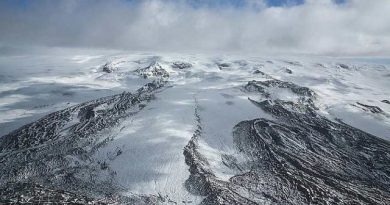