The 10-year-old daughter of Evelin “Brendo” Banev had been returned to her mother on April 21 2013, 47 days after being kidnapped, Bulgarian-language media said.

Lara Baneva was abducted by three masked gunmen, who shot and wounded her driver, while leaving for school on March 5. Reports said that she had been returned late at night on April 21 and was in shock but was in good physical health.

Widespread reports linked the kidnapping to the continuing court cases involving Banev in Bulgaria and in Italy.

Sofia City Court, in a ruling on February 15 2013, sentenced Banev to seven and a half years in jail for laundering money from illegal drug deals. The City Court also fined him 30 000 leva (about 15 000 euro) and banned him from trade activity for nine years. Banev also was ordered to reimburse the state 21 million leva in lost income. His trial in Italy on money-laundering and drug trafficking charges began on March 8.

Banev, who was dubbed by then-interior minister Tsvetan Tsvetanov Bulgaria’s “cocaine king” was arrested in the Bulgarian Black Sea resort town of Sozopol on May 16 2012 in an international police operation. 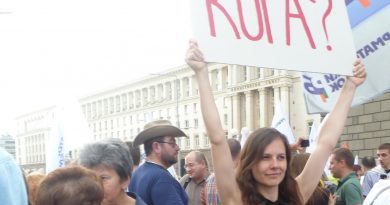