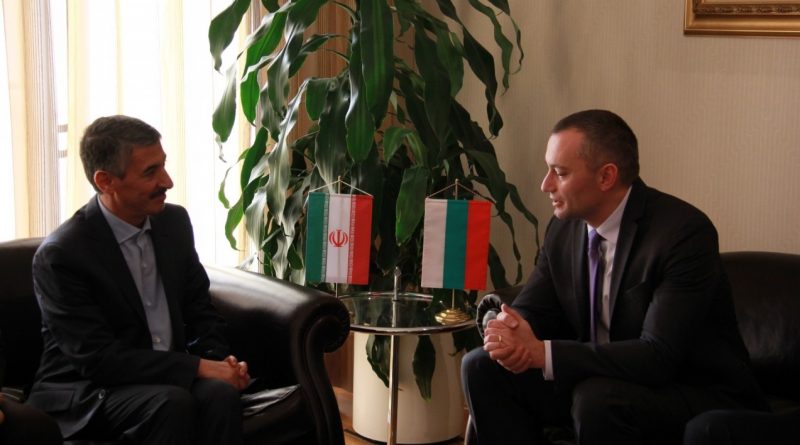 The conferring of the award, on February 11 2013, came just less than a week after Bulgaria said that its investigation into the Bourgas Airport terrorist attack in July 2012 led to people linked to the military wing of Hezbollah and a few days after the Foreign Ministry rejected as unfounded unconfirmed media reports that Iran intended downgrading diplomatic relations with Bulgaria.

Iran has denied any connection with the Bourgas Airport attack, in which five Israeli citizens, a Bulgarian and the carrier of the bomb died. Iran’s ambassador in Sofia told a news conference that the attack had nothing to do with Iran and that Teheran rejected all forms of terrorism and rejected such acts.

At a ceremony on February 11, Mladenov said, according to a Foreign Ministry statement: “The ‘Golden Laurel Branch’ symbolises many things. Most of all, it symbolises peace and understanding, just as there always has been between the Bulgarian and Iranian people.”

The Bulgarian Foreign Ministry said that the award was bestowed because of Bagheri’s significant contribution to maintaining and developing Bulgarian-Iranian relations and in connection with his final departure from Bulgaria.

“The diplomatic relations between Bulgaria and the Islamic Republic of Iran have more than a century of history. It is my hope that they will continue to grow, not only in the interest of our two peoples, but also for the sake of stability in the region that connects our two countries,” Mladenov said at the ceremony.

He emphasised the Iranian diplomat’s contribution to the intensification of bilateral contacts in the fields of culture and tourism and towards the promotion of business ties between the two countries.

“The history of Bulgarian-Iranian relations is a history of friendship,” Bagheri said. He expressed hope that his successor in office, who is expected to arrive in the country soon, and Bulgaria’s Foreign Ministry would continue to work together, as has been the case up to now, for the successful development of bilateral relations.