Bulgaria’s Supreme Judicial Council (SJC) has accepted the resignation of Veneta Markovska, the Constitutional Court judge that never was, handing her a generous exit bonus and preventing any further investigation by the council’s own ethics commission.

The SJC approved Markovska’s resignation request – handed on the same day that President Rossen Plevneliev scuppered her swearing-in ceremony by refusing to attend her oath – rather than the request to retire that she submitted earlier this week.

She leaves the judiciary with a retirement package that includes, in addition to 20 high court judge monthly salaries, bonuses for length of service and for high office (Markovska was deputy chairperson of the Supreme Administrative Court). News website mediapool.bg estimated Markovska’s retirement package at about 100 000 leva (50 000 euro).

Her retirement curtails any further investigation by the SJC into the allegations that sunk Markovska’s bid to become a Constitutional Court judge – conflict of interest and abuse of power – which, if the claims were found to be true, could have led to her losing any retirement benefits even if she was not fired.

Despite the allegations against Markovska surfacing already before her hearing in the legal committee of Parliament in October, the SJC never launched any inquest to examine the claims, which would have been enough to suspend her nomination and would have made unnecessary Plevneliev’s gambit, which in itself skirted dangerously close to overstepping his presidential powers.

SJC’s ruling, however, does not preclude prosecutors, who have launched an investigation into allegations of corruption against a close associate of Markovska (who was reportedly cohabiting with her), from continuing their probe. 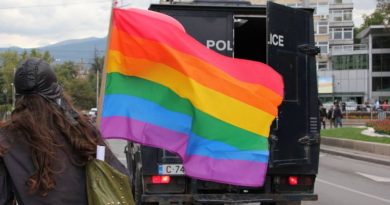