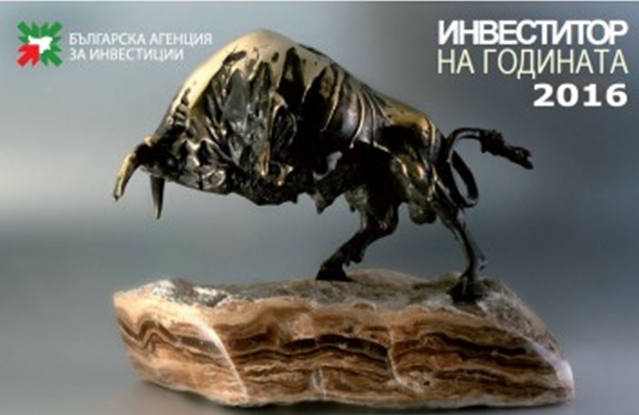 The InvestBulgaria Agency has handed its top prize, the Golden Bull, to Sensata Technologies Bulgaria at the Investor of the Year awards ceremony.

Sensata Technologies is a leading company in the development, manufacture and sale of electronic and electro-mechanical sensor systems and sub-systems.

The company, which has plants in Sofia and Botevgrad, has been on the Bulgarian market since 2011, has invested about 90 million leva (about 46 million euro) in the country and expects to create a further 2800 jobs.

Its clients include Volkswagen, Daimler, Volvo, Fiat and General Motors.

At a ceremony in Sofia on February 23, the agency gave the greenfield investment Golden Bull award to Osram, for its 45 million leva investment creating 900 jobs. Osram Bulgaria intends new investments in Kurdzhali and Krumovgrad in 2017.

In the investment in business expansion category, the Golden Bull went to Lufthansa Technik Sofia and Bulgaria Air Maintenance, for their total investment of 70 million leva, creating 165 new jobs.

Maritsa municipality was given an award for attracting the most investments.

Caretaker Prime Minister Ognyan Gerdzhikov, speaking at the ceremony, underlined the importance of investment to the economy, and said that he was happy that there had been so many strong nominations for the 2016 Investor of the Year awards.