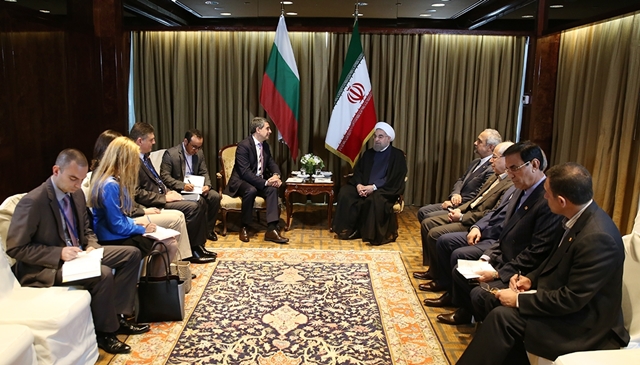 Iran considers Bulgaria a friendly country and a key partner in co-operation with the European Union, a statement by the Bulgarian President’s office said after talks between President Rossen Plevneliev and Iranian counterpart Hassan Rouhani.

Plevneliev and Rouhani met at United Nations headquarters in New York on September 21, as the UN General Assembly’s general debate was underway.

The Bulgarian President’s office said that Plevneliev and Rouhani agreed that it was important that both sides use the “favourable moment” after the dropping of sanctions against Iran to strengthen trade and economic and investment co-operation and bilateral exchanges in various fields, including transport connectivity, science and technology, logistics, culture and tourism.

At the meeting, Plevneliev outlined excellent opportunities for companies from Iran to enter the EU market using the competitive advantages of Bulgaria, the statement said.

The two leaders highlighted as particularly promising co-operation in the field of pharmaceuticals, where the Iranian side is examining the scope for joint ventures with Bulgarian partners and subsequent trade with third countries in the Middle East.

There is potential for development of co-operation in the field of information and communication technologies, nano and biotechnology, food production, energy, water management and others, according to the statement.

Iran plans to build a rail transport corridor through Georgia and considers Bulgaria as a preferential opportunity for the implementation of the transport connectivity project with Europe, the statement said.

In turn, a statement by the Iranian president’s office quoted Rouhani as saying “With programs and regional co-operation, Iran’s rail network will stretch from East Asia to Georgian ports, and then to Bulgaria through the Black Sea”.

Plevneliev and Rouhani agreed that opportunities will be sought to deepen contacts between the private sectors of the two countries.

The Iranian president’s office said that Rouhani said that Iran attached great weight to trade routes between the region and the European Union, he said: “Private sectors should become acquainted with each other’s capacities and be encouraged to bolster cooperation”.

Rouhani cited what the Iranian president’s statement called the two countries’ advancements in scientific and technological fields and added: “In fields such as medicine, we welcome establishment of joint companies and exporting their products to regional markets”. 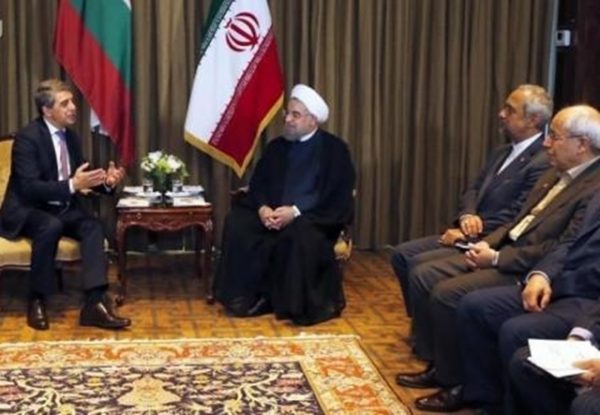 “Bulgaria is ready to facilitate Iran’s trade with Europe and also invest in production of pharmaceutical equipment,” he said, according to the Iranian president’s office statement.