Bulgaria’s proposed law banning the wearing of the burqa is a violation of civil rights and could lead to a threat to national security, the Council of Spiritual Leaders – which includes Chief Mufti Mustafa Hadji – said on July 28.

Bulgaria’s National Assembly approved on June 15 the first reading of a law banning the wearing in public of clothing that completely or partly covers the fact – a law tabled by the nationalist minority coalition Patriotic Front to outlaw the wearing of the burqa.

The Council of Spiritual Leaders, a recognised component of Muslim leadership in Bulgaria, said that Muslim clothing was a “divine decree”.

They said that the issue should be resolved by persuasion and cultivation, not through bans or limitations. This was because bans or restrictions would not eliminate that which was harmful, but rather could enable it to develop in another environment in a different way, perhaps even stronger.

The council said that restrictive measures would not improve security, but on the contrary, would encourage “certain individuals towards unregulated actions, because nature abhors a vacuum, and every action leads to a counter-action”.

The Muslims leaders said that they wanted to discuss the issue with the President, the Speaker of the National Assembly and the Prime Minister.

The Patriotic Front already has succeeded in getting some municipalities in voting a burqa ban, starting in Pazardzhik in April. Similar bans have been approved in Stara Zagora and in Bourgas, although the municipal council in Bulgaria’s second-largest city, Plovdiv, rejected a ban.

The ban being voted on by Parliament will apply to Bulgarian citizens and to anyone temporarily in the country. It provides that clothing that conceals the face may not be worn in the institutions of Bulgaria’s central and local administrations, schools, cultural institutions, and places of public recreation, sports and communications.

Covering the head, eyes, ears and mouth will be permitted only when necessary for health reasons, professional necessity and at sporting and cultural events. The ban will also apply to houses of worship.

The law provides for a fine of 200 leva (about 100 euro) for a first-offence violation of the ban, and for second and further offences, 1500 leva and deprivation of social benefits. 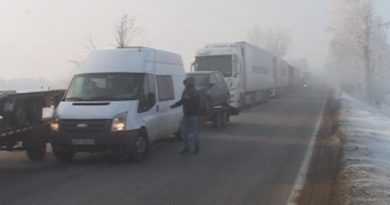