Germany’s foreign minister says if some European Union members continue to be reluctant to agree to a quota system for accepting refugees, they may have to be overruled by the other members.

Frank-Walter Steinmeier told a German newspaper Friday that Europe should consider the use of a “qualified majority” vote next week at a Wednesday meeting of EU foreign ministers to discuss the refugee situation. The 28-member EU normally tries to reach a consensus on important issues.

Four eastern European countries — Hungary, the Czech Republic, Slovakia and Poland — have said they will not comply with the quota plan Steinmeier is trying to push through. A meeting of EU interior ministers last Monday failed to reach consensus on the plan, although the European Parliament approved the measure later in the week.

Germany has taken the lead in offering to accommodate the refugees, many of whom are from war-torn nations such as Syria, Afghanistan and Iraq. But even Europe’s most prosperous nation has found itself overwhelmed by the sheer numbers of migrants flocking to its borders.

Refugees shut out of Hungary have turned to Croatia, looking for a path west to Germany, Austria and Sweden. But a warm welcome from Zagreb quickly cooled when nearly 10,000 migrants swarmed to the Croatian border over the past two days.

On Thursday, Croatian leaders put the army on alert after crowds of migrants scuffled with police along Croatia’s shared border with Serbia.

Police did not use force against the migrants, but they tried to keep crowd barriers in place. Police finally gave up and the migrants started running into Croatia.

Croatia became the latest pressure point in the migrant crisis after Hungarian riot police used tear gas and water cannons Wednesday to turn back people at that country’s border with Serbia.

Austria is lending its voice to Germany’s call for European cooperation. Meeting in the Slovenian capital, Ljubljana, Thursday, Austrian Chancellor Werner Faymann and his host, Prime Minister Miro Cerar called for an urgent EU response to the migrant crisis.

Faymann said after the meeting that this is the time to prove that Europeans “do not want a Europe in which everyone will try to shift their problems to others’ shoulders.”

At least 9,200 migrants have entered Croatia since Hungary closed its border, officials said.

Hungary has defended its border closing by saying it was protecting its territory against the influx of migrants looking for better economic opportunities, not fleeing persecution in their homelands. 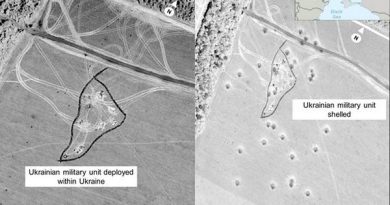