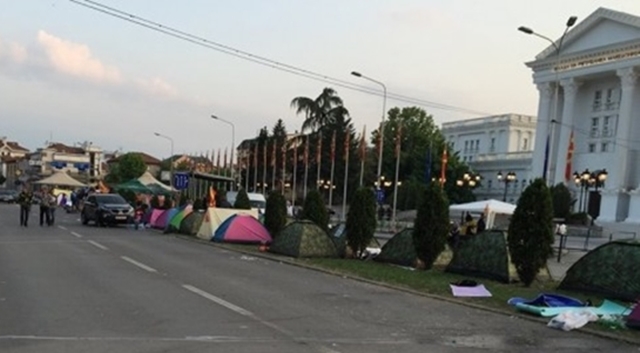 After the massive anti-government protest on May 17, representatives of the opposition and its supporters have remained all night in tents which were set up in front of the government building in Skopje. The Macedonian opposition made it clear that the protest will continue and that they would remain there until PM Nikola Gruevski left.

“Whether he likes it or not, Nikola Gruevski must leave. There’s no other option to restore freedom and democracy”, declared the leader of the Macedonian Social Democratic Union (SDSM), Zoran Zaev, who has remained with protesters under the tents during all night.

Besides opposition supporters, activists of human rights, students and public personalities have also protested all night.