At least five Ukrainian soldiers and hundreds of separatists have been killed in the past 24 hours, according to Ukraine’s National Security and Defense Council spokesman Andriy Lisenko. A total of 21 Ukrainian soldiers had been wounded, he added.

Russia has closed the border with Ukraine at three locations, blocking off escape routes for separatists looking to return to Russia, he said. Crossings have been closed at Gukovo, Donetsk and Novoshakhtinsk in Rostov oblast. They had previously been allowing rebel fighters free access, Lisenko said at a briefing on July 2.

A video purportedly showing rebel forces surrendering to Ukrainian forces near the city of Metalist on July 2 has surfaced online. It comes amid growing reports since July 1 of separatist fighters giving up their weapons to government forces in return for safe transit across the border for those who have come from Russia to take part in the insurgency in Donetsk and Luhansk regions. 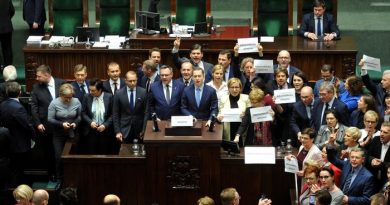