Fresh off his win against world number one Novak Djokovic, Grigor Dimitrov came close to securing a second straight quarterfinal appearance in an ATP Masters tournament, only to fold against Stanislas Wawrinka in the third set of their Mutua Madrid Open third round match.

Dimitrov started strongly, breaking Wawrinka’s serve early on. Even though his serve was broken right back, the early success seemed to spur Dimitrov on and he won the first set, 6-4, in convincing fashion.

The second set saw a much more even performance from the two opponents, each holding on to their serve without too much difficulty. Until the 10th game of the set, that is, with Dimitrov serving at 4-5 down.

A rash of unforced errors from Dimitrov handed the set to Wawrinka, 6-4, who pressed his advantage further in the decisive set.

As has happened to Dimitrov before against top-ranked players, the setback appeared to completely put him off his game, with Wawrinka dominating in the final set and winning it handily, for a final score of 4-6, 6-4, 6-1.

Despite his exit, Dimitrov’s two wins in Madrid have secured him 90 points in the ATP Tour rankings, projected to push him two spots higher to 26th, a new career best, when the next rankings are announced on May 13. 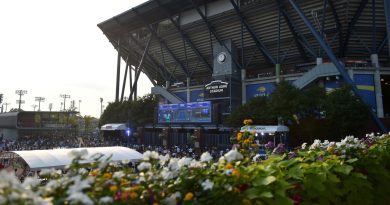