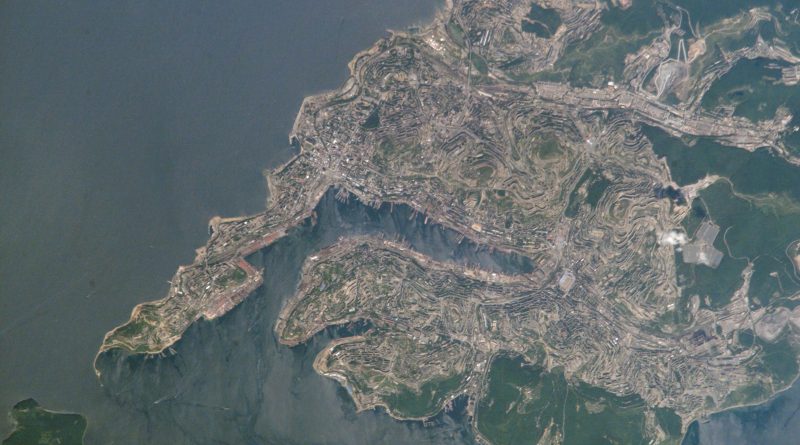 The upside about an enlightened dictator is the enlightenment part.

Five years ago, Vladimir Putin took a hard look at Vladivostok, the faraway city founded in 1860 by Czar Alexander II as Russia’s main port on the Pacific.

In 2007, President Putin evidently decided that in the era of Asian tigers, Vladivostok was the Pacific Rim’s ugly duckling.

In that year, the Russian leader lobbied and won the right to host the annual meeting of the Asia-Pacific Economic Cooperation summit. With the most powerful leaders of Asia destined to converge on Vladivostok in September 2012, Russia’s five-year clock was set.

Since then, the Putin team put in place the pieces to make Vladivostok, seven time zones east of Moscow, the Pacific Rim’s new hot city.

And here is the fun part: most of the locals don’t get it yet.

As Alexey Eremenko reported Friday for Ria, the government controlled news agency: “But not one of the dozen Vladivostok residents interviewed by RIA Novosti admitted to having high hopes for the region’s economic future.”

In November, 1922, after American, Canadian and Japanese interventionist troops withdrew from Vladivostok, the Bolsheviks finally won control of this free-wheeling city on Russia’s eastern edge. The Communists closed Vladivostok to foreigners, a ban that lasted 70 years. In the 1930s, Stalin deported all ethnic Asians, and then closed the entire city to Soviets without permits.

That turned out to mean cement box buildings overlooking the Soviet Pacific Fleet. The pearl of Russia’s Pacific remained a Cold War naval base, closed to foreigners. Through the 1980s, foreign tourists traveling on the Trans-Siberian Railway never saw the graceful Beaux Arts railroad station, opened in 1912 as the eastern terminus. Instead, Soviet era tourists were shunted to Nakhodka, an industrial port where passenger ferries to Japan competed with freighters stacked with raw logs or filled with dusty coal.

The rollicking, cosmopolitan port that gave the world the Russian-American actor, Yul Brynner, was, in Soviet times, was a paranoid place, closed to Asia.

In 1992, Vladivostok opened to outsiders. Four years later, in 1996, I made my first of what would be many visits. Vladivostok had molted from military city to depressed city, a place of monopolies and scams, a place suspicious of Asia, rather than embracing it.

Since my first visit to Vlad, I worked my way around the Pacific clock, visiting among others: Anchorage, Vancouver, Seattle, San Francisco, Los Angeles, Sydney, Auckland, Tokyo, Hong Kong, Macao, Shanghai and Seoul.

Of the group, Vladivostok was unique. It was the Pacific Rim city that, as doctors gravely tell parents, was failing to thrive.

The population remained stable at 600,000 – but only because it drew in people from the countryside, replacing ambitious college educated city dwellers. They either migrated west to Moscow or left Russia entirely. Since the collapse of the Soviet Union, Vladivostok’s Primorye Region has lost 15 percent of its population. One day, I tracked down Stephanie, my bright and energetic translator from my 1996 reporting trip. She was happily married and working in Brisbane.

How do Putin & Co. plan to turn Vladivostok into a hot city?

For starters, by educating the new generation.

Next month, the APEC conference site on Russian Island becomes a campus for 25,000 students. Not only will this draw traffic out of Vladivostok’s clogged streets, but it will move education to what many visitors call the most beautiful university campus in Russia. Curving around Ajaks bay, dormitories and lecture halls look out on parks, trees, tennis courts, and the Sea of Japan.

Saturday evening, Emil Veliev, a smiling, Canadian-trained 29-year-old, told me how he defied skeptics and built the whole campus in 1,000 days.

At least 10 percent of the students are to be Asians, and many courses are to be offered in English. Stephanie Plant, an equally young, Harvard-trained American, told me how, from her office in Vladivostok, she is recruiting international faculty, for the university, Far Eastern Federal University.

Next, inspire the new generation.

Pundits lampoon the new bridge to Russian Island, as “the billion bridge to nowhere.” That clever comment ignores the fact that the bridge now leads to a university built to educate 25,000 of the region’s best and brightest.

It also ignores the bridge’s inspirational power. One month after opening, the bridge, the longest cable stay bridge in the world, is Vladivostok’s new symbol. Postcards, TV reports, and refrigerator magnets are carrying its laser lit image the world over.

Then, make the city livable for the new generation.

The bridge is part of a massive series of construction projects: two other major bridges, a new airport terminal, a cube-shaped new opera and ballet theater, a huge aquarium, and a beautiful parkway that curves through mountains and around Vladivostok, further reducing traffic congestion.

At one end of the new highway system is the city’s new international airport, with a world class terminal. Next year, two new Hyatt hotels are to open with 450 rooms overlooking Golden Horn Bay. Hyatt is the first international chain to open in the Russian Far East.

Less visible, the city is installing a piped gas line that will cut air pollution and a municipal sewage treatment system. After 150 years of dumping sewage into the sea, Vladivostok is now to have waters clean enough for swimming.

Finally, and, most important, create well-paying jobs for the future generation.

At the summit, preliminary agreements were signed with Japanese companies for the construction of a $13 billion liquefied natural gas plant and export terminal near Vladivostok.  Next year, the Russian oil company, Rosneft, starts construction on a $6 billion refinery and petrochemical complex in Nakhodka, currently a two-hour drive east of Vladivostok. At the same time, work is to start on a $500 million rebuilding of the highway to Nakhodka.

In addition to energy, Vladivostok is finally embracing its proximity to China, Japan and Korea for transportation. Billions of dollars are earmarked for upgrading rail and port facilities to allow the Trans-Siberian to carry the mounting volumes of freight from Asian shippers who want to use Russia as a rail bridge to Europe.

At the APEC conference, Salavat Rezbaev, chairman of New Age Capital Partners, walked me through his company’s plan to build a $1 billion port at Troitse, a Primorye port near the Chinese border. It would handle grain, coal, and containers for China. On adjacent land, there are plans for an industrial zone capable of employing 150,000 people.

With the new airport and runway capable of handling 10 million passengers a year, the city is embarking on two international tourism projects.

This month, the first tender takes place for investment in Vladivostok’s “Integrated Entertainment Zone,” the only legalized gambling district in Russia’s Far East. With 300 million Asians living within a two hour flight of Vladivostok, the planned $2 billion casino, entertainment and golf complex could emerge as a mini-Macao of the north.

Closer to the airport, plans are underway for PrimRing, a $200 million motor racing complex designed to draw car aficionados from around Northeast Asia. Already, 20 Asian cities have direct flights to Vladivostok.

Most promising for the future is a sea change in attitudes toward Chinese investment. During the APEC conference, Vladimir Miklushevskiy, the new regional governor appointed by Putin last spring, gave a special news conference for the international press. He gamely answered all my questions. But with one Chinese television reporter after another, he zeroed in again and again on his core message: transparency, clear and fair rules of the game, and a big welcome to Asian investment.

But the older, Soviet generation still struggles with the new world. Time and again, during the APEC conference, security guards tried to block VOA from filming – first, the new $200 million airport terminal, then the $1 billion bridge, and then, joggers on the new university campus.

While President Putin installs the hardware in Vladivostok for a hot Pacific Rim city, it will take time to install the software.

And that represents a core challenge for Vlad in Vlad: can an authoritarian leader erase a deeply ingrained ‘culture of nyet’?

(Main photo, of Vladivostok from space, by Nasa) 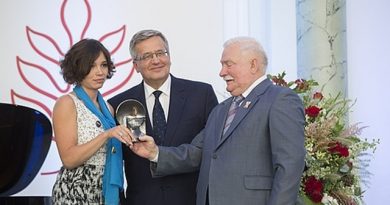 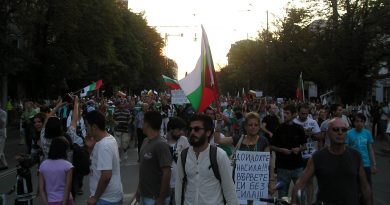 Bulgaria’s anti-government protests: To ‘fight on the beaches’?