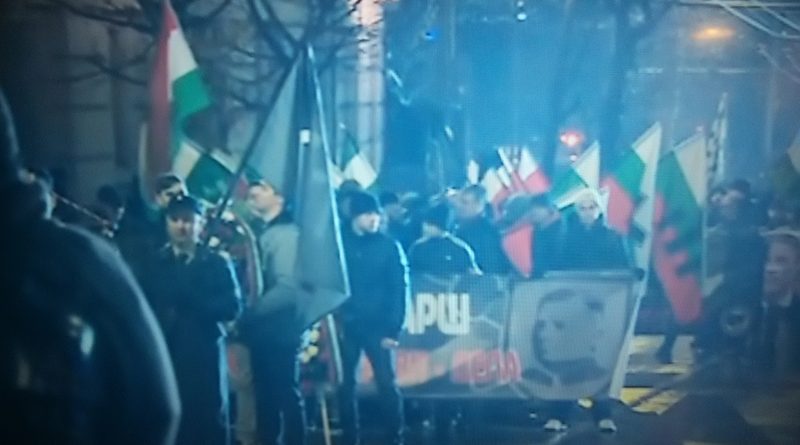 The torchlight Lukov March proceeded through the streets of Bulgaria’s capital Sofia on the evening of February 18 in spite of a ban ordered by mayor Yordanka Fandukova following information from Interpol about foreign neo-Nazi groups taking part in the procession.

The announcement of the ban came shortly before the start of the march, which proceeded under the customary heavy police escort. During the march, public transport was diverted.

Sofia police had passed on to Fandukova information sent via Interpol in Warsaw about Polish citizens involved in an organised group spreading pro-Nazi propaganda taking part in the Lukov March.

Before the march started, a man was arrested in possession of what was described as a neuro-paralytic spray. Six others were removed from the scene of the start of the march, outside the National Palace of Culture, because they were drunk.

The Sofia municipality had, ahead of the annual event, agreed only to participants laying wreaths at the house of Hristo Lukov in the capital city’s Trakiya Street. As has happened routinely for several years, this restriction had no effect.

Foreign participation in the Lukov March is not new. In past years, it has drawn in groups such as Nordic Resistance. The 2017 version saw the waving of a number of foreign flags and far-right banners, at an event supposedly dedicated to Bulgarian national pride. 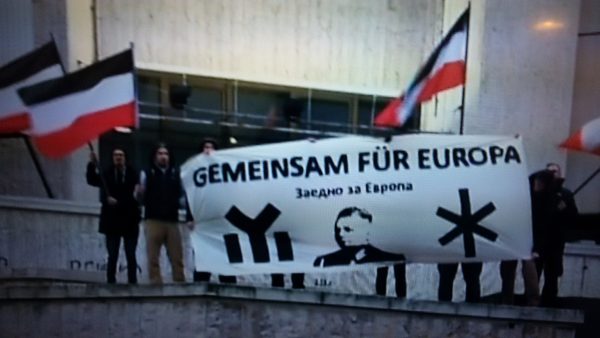 The Lukov March honours a Bulgarian general who led the far-right ultra-nationalist Union of Bulgarian National Legions in the 1930s and 1940s. Condemned by his latter-day critics as a pro-Nazi and anti-Semite, Lukov was assassinated on February 13 1943 by communist partisans.

The 2017 march had been the subject of calls for a ban from the Shalom Organisation of the Jews in Bulgaria and the State of Israel’s embassy. The US embassy also issued a statement noting that Lukov had been known as a pro-Nazi.

Speaking to public broadcaster Bulgarian National Television, Israel’s ambassador in Sofia, Irit Lilian, said that marching in the city centre, waving neo-Nazi and fascist symbols, chanting against minorities, against immigrants and against Jews was totally unacceptable.

“We cannot accept it, no one should accept it. And we sincerely hope, we believe that the authorities will protect public order, but this is about much more than public order. It’s about the values ​​of this country, the legacy of Bulgaria as a tolerant country. As a country saved Jews in World War 2,” the Israeli ambassador said.

Covid-19: Bulgaria’s capital is dark red zone, but does not want to tighten measures