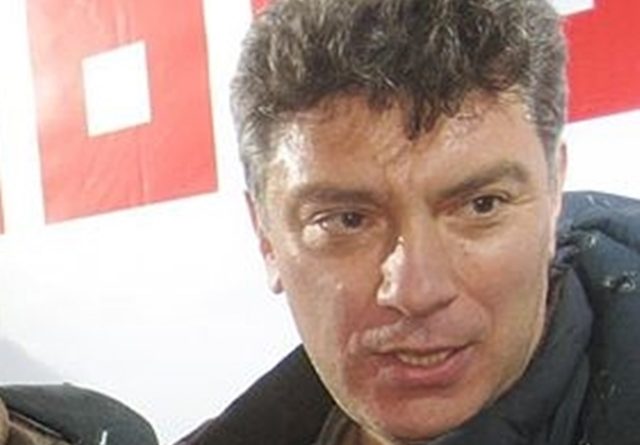 It provides perhaps the darkest picture yet of President Vladimir Putin’s motives, alleging that the takeover of eastern Ukraine began long before the EuroMaidan Revolution in Kyiv prompted President Viktor Yanukovych to flee power.

The high-profile murder of Nemstov on Feb. 27 stoked fears that he had been killed to prevent the report from getting out. Those concerns were amplified when Russian police confiscated materials from Nemtsov’s home in the wake of his murder.

Nemtsov’s fellow opposition activists – PRP-Parnas activists Ilya Yashin and Leonid Martinyuk, journalists Oleg Kashin and Aidar Muzhdabayev, and former deputy prime minister Alfred Koch – went to great lengths to get the report published, scrambling to put together all the notes and materials Nemtsov had left behind.

They maintain that Nemtsov was killed over the allegations in the report.

“After the death of Nemtsov, we simply cannot leave things as they are,” said former prime minister Mikhail Kasyanov, speaking at the presentation of Nemtsov’s report on May 12. “The authorities may never find those behind his murder, but we will…Since Russian propaganda works so well and so effectively … this report is meant to counter that.”

Kasyanov, however, acknowledged that much of the 65-page report simply documents previously reported revelations.

Yashin, the opposition activist who coordinated the report’s compilation, said he saw it as his duty to finish what his close friend Nemtsov had started.

“This report was written by true patriots of Russia, with the aim of protecting our national interests … the policies of Putin, the war Putin has created with our brotherly nation … all of this goes against the interests of Russia, and it causes great damage to our country,” Yashin said. “There’s no doubt that Russian soldiers went to Ukraine to fight a war.”

“All the major successes of the separatists forces were secured by the Russian military,” Yashin said, citing the February massacre of Debaltseve, in which hundreds of retreating Ukrainian troops were killed, as an example.

According to the report, 70 Russian soldiers were killed in that battle after being sent to back up the separatist forces.

While the recently released report relies mostly on open sources, it does offer a thorough breakdown of the evidence: both the financial and human price tag of the war; the number of Russian soldiers killed in the battle for Debaltseve; proof of the rebels’ involvement in shooting down MH17 last July, and a laundry list of separatist leaders’ direct ties to the Kremlin.

Although some analysts have portrayed Russia’s involvement in Ukraine as a sort of knee-jerk reaction to Kremlin-backed Yanukovych’s ouster in February 2014.

But the report’s authors trace it back much further.

The report describes Putin’s actions not as damage control to retain influence in Ukraine, but as part of a premeditated plot to keep a solid grip on Ukraine that began as early as 2012.

“Long before the invasion of Crimea, Russia’s security services began recruiting high-ranking generals and lieutenants in the Ukrainian military, as well as the leaders and employees of intelligence services, who at the key moment (after the invasion) denounced their vows and switched sides,” the report says.

The report traces Putin’s motivation to his dwindling approval ratings ahead of his return to the presidency in 2012. Putin’s ratings began to fall significantly in 2011, putting Putin’s chances of reclaiming the presidency at an all-time low.His victory was only guaranteed by unfair elections, the report claims, but even after reclaiming the throne he was on a downward spiral, pushing legislation that became increasingly repressive.

Yanukovych’s ouster was not the motivation for Russia’s invasion, the report says, although it did “provide the perfect conditions for decisive action” on the part of the Kremlin.

Soon after Russia annexed Crimea, separatists began taking control in the eastern Ukrainian oblasts of Luhansk and Donetsk. The motivation was likely “the success of the Crimean scenario,” according to the report. “The success of Crimea convinced the president that the Russian-speaking regions of Ukraine would also like to become a part of the Russian Federation.”

Putin’s climbing approval ratings at home only reinforced his confidence in policies in Ukraine.

The price tag of the conflict for Russia is exorbitant, however, with the report estimating that the Kremlin spent about $900 million in the last 10 months alone. Most of that has gone towards sustaining the “volunteers” fighting in eastern Ukraine.

Vladimir Efimov, a recruiter from Yekaterinburg, was cited in the report as saying that the average soldier costs 350,000 rubles per month ($6,800) – totaling about $408 million for 6,000 soldiers.

The report’s authors also add the cost of the maintenance of the military equipment (15 percent of $900 million) – $135 million.

That means Russia has spent about $1.3 billion on the war in Ukraine’s Donbas over the past 10 months.

Russia’s involvement is also blatantly obvious considering the number of Russian citizens in charge in Donbas, the report alleges, offering a list of Russian leaders.

Igor Girkin (Strelkov) is perhaps one of the most high-profile Russian citizens involved in the conflict, and both he and Alexander Borodai worked for the Marshal-Kapital investment fund owned by Russian businessman Konstantin Malofeev, considered one of the insurgents’ main sponsors.

Any appointments or dismissals of separatist leaders are made in the Kremlin, the report says, citing the example of Denis Pushilin, the chairman of the Presidium of the Supreme Council of the self-declared Donetsk People’s Republic. Pushilin signed his resignation in Moscow on July 18, 2014.

Girkin and Borodai also confirmed that they had to resign from leading positions under pressure from the Kremlin.

According to the report, other separatist leaders directly affiliated with the Kremlin include:Deputy Energy Minister of the Donetsk People’s Republic, Leonid Simunin, previously involved in the pro-Kremlin organization “Mestnye” (locals) and the neo-Nazi group BORN; and leader in Luhansk, Pavel Karpov, a Russian citizen who worked with Putin’s administration in monitoring nationalistic organizations.

The downing of the MH17 flight last July, killing 298 people on board, also gets its own chapter in the report, with a detailed breakdown of how Russian media frantically sought to cover tracks amid mounting evidence that the passenger plane was downed by a Russian supplied Buk missile from within combined Russian and separatist-held territory.

The fact that the airplane was shot down above the war zone and did not crash due to human or technical error became evident in the first hours after the crash, and comments made by rebel leaders immediately after led much of the international community to blame Russia for the tragedy that claimed 298 lives.

On July 17, the day of the catastrophe, Russian state-owned media ITAR-TASS and RIA Novosti announced that the rebels had shot down an AH-26 Ukrainian military plane near the town of Tores in Donetsk Oblast.

The same day, Igor Girkin (Strelkov) confirmed on a social network that a plane had been shot down. The time and place of the shooting were voiced by both the media and separatists and coincided with those of the Boeing catastrophe.

Perhaps more damning, shortly before the crash, Russian media admitted that the separatists had a Buk anti-aircraft missile system, which their leader Alexander Khodakovsky also confirmed to Reuters.

Yet, right after the MH17 crash, Russian media launched a propaganda operation, offering various versions of the tragedy to create a smokescreen around the investigation – ultimately to cover up the fact that the Russian missile was fired from within Russian-backed separatist-held territory.

Several versions blamed a Ukrainian fighter jet, including the official version of the Russian Defense Ministry, but such versions were quickly debunked.

The results of the international investigation have not yet been released. Numerous independent investigations have agreed that the Kremlin separatists were to blame, however.

A journalistic investigation by CORRECT!V, published in January, suggests that the MH17 was shot down by a Buk system brought from the Russian city of Kursk to protect Russia’s unmarked tank divisions fighting in Ukraine. The report by CORRECT!V also claimed the missile was fired by a Russian officer, as separatists would not have been able to operate it.

One key piece of evidence is a photo of a missile launch trail taken by a Torez resident four minutes after the launch, a photograph recognized as authentic by the Bellingcat investigative journalism group.

A detailed analysis of the photo also helped identify the site of the missile launch, which was plowed over soon after the catastrophe.

On March 30, the international investigation team comprised of experts from Australia, Belgium, Malaysia, the Netherlands and Ukraine, made a statement saying that the most likely version is that the Boeing was shot down by a Buk system from Russia.

The report documents the burial of regular Russian troops allegedly killed during fighting alongside separatist militants in the breakaway eastern region of Donbas, and incidents in which relatives received compensation in return for remaining quiet.

But it does not mention Russian rocket shelling of Ukrainian forces in the Donbas region from its own territory, despite claims by Ukraine, local soldiers and supporting satellite imaging produced by the West that back up such incidents.

At the presentation of the damning report in Moscow, Yashin was adamant that Putin should answer for the crimes of the separatists, saying he hoped the report might even lead to an international investigation into Russia’s involvement in the war.

“Our audience is citizens of the Russian Federation. And we have given ourselves the task of telling our citizens the truth. Russia will get rid of Putin only when he becomes unpopular, and for that, we have to tell the truth about what he’s doing,” Yashin said. 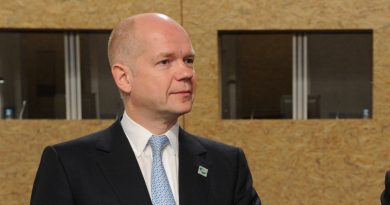 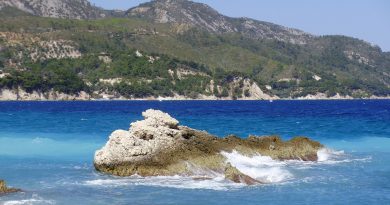