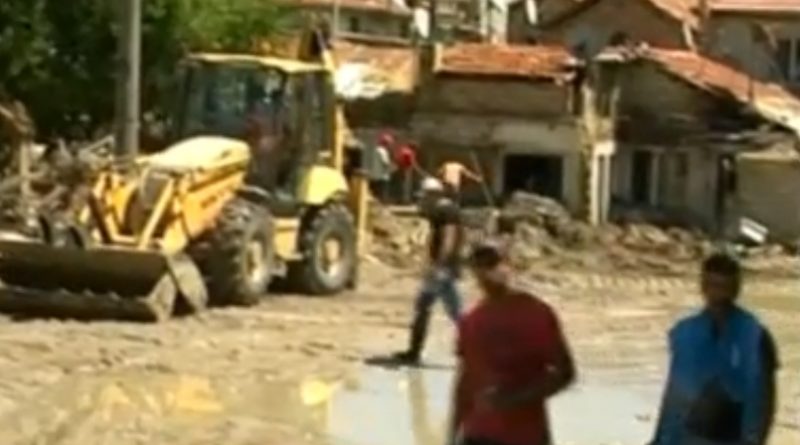 Life in the Asparouhovo area in Bulgaria’s Black Sea city Varna is slowly returning to normal, but the city has a new problem – where to accommodate more than 770 people who have lost their homes because landslides could bring further devastation.

This is according to a June 25 report by public broadcaster Bulgarian National Television, which added that there was unconfirmed information that another body of a missing child had been found, six days after the deluge that swept through Asparouhovo.

Schools in Asparouhovo reopened on June 25, while demolition of dangerous buildings continued.

June 25 was also a day of mourning in the municipality of Nikola Kozlevo after two boys drowned in a lake.

Meanwhile, storms on the night of June 24 brought destruction to parts of Dimitrovgrad, Rousse and Razgrad.

In Dimitrovgrad, about 30 trees were cleared away on June 25 after being uprooted by strong winds. Cars were damaged, while tiles were blown from buildings and windows broken by the powerful gusts.

In Rousse, a storm brought down trees and broke branches. The road to Byala and Sofia was closed temporarily while a fallen tree was removed, Bulgarian National Radio said.

In the region, hail damaged crops.

Power supply to eight villages in the region of Razgrad was interrupted.

The Bulgarian Red Cross has raised more than 450 000 to assist people affected by the June 19 floods, BRC head Hristo Grigorov said on June 25.

The BRC was working mainly in Dobrich, where people needed food and water, he said. Volunteers and people from other NGOs were assisting in the effort.

The BRC urged people to support its campaign by sending an SMS at the price of one lev to the number 1466.

By 8am on June 25, about 840 000 leva had been raised by the DMS VARNA fundraising campaign, via text messages and donations to a special bank account. A public council is to oversee the spending of the money donated.

So far, only money from donations via bank transfer is being used because the money donated via SMS will be available only when people pay their phone bills.

About 30 000 leva has been spent so far, on Wellington boots, metal bins, carts and masks.